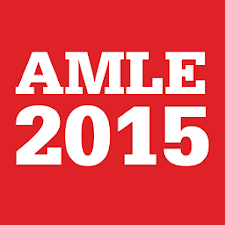 Middle School Educators, I’m looking forward to AMLE 2015 next week in Columbus, OH! I’m planning to attend some great sessions and will be presenting with my ELA colleague, Jeanne Flahiff, on how we are using DOK and proficiency scaling in Northshore School District to operationalize the Common Core State Standards in ELA and mathematics. Click here to learn more about our session. Hope to see you there! 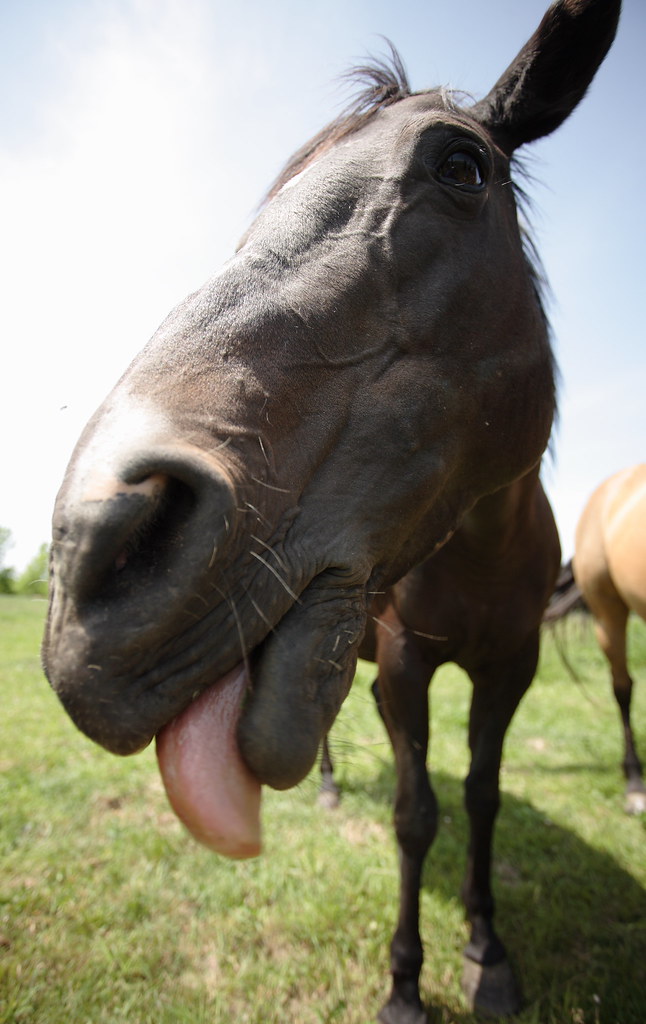 The activity that became “The Dead Horse Lab” didn’t start out that way. It actually wasn’t intentional. It started out as a “dead body” problem in our calculus text, similar to this one.

My students asked questions: “Is this accurate in real life? Does this really work?” Instead of answering these questions like I usually would, I said: “That’s an interesting question, how could we find out?”

This led to some VERY INTERESTING discussion which then led me to establish one parameter: We weren’t going to kill any creature just to test this theory, even if Emily didn’t really like her cat. One of my students said his uncle works with a vet and it might be possible to get access to a euthanized animal. We decided this might be a possibility.

It turned out that the vet was scheduled to euthanize a horse. We got permission from the vet and horse owner and made arrangements for the euthanized horse to be brought to school for students to collect data. Then my students had to decide what information they would need to collect to answer their question because I had no lesson plan for this, we were in uncharted territory for me as a calculus teacher. Students decided what data we would need to collect:

Students also conducted research at home and brought back some interesting facts:

Students gathered a scalpel from the FFA teacher and large thermometers from the science lab, assigned data collection tasks, and had their parents sign permission slips to avoid weird explanations after the fact. When the day arrived, students collected their data. Students recorded body temperatures at multiple times from multiple locations (internally in the liver and rectally) and air temperatures. Then we began our analysis.

What did my students learn from this?

What did I learn from this?

The Dead Horse Lab may not be an activity that you want to recreate for your students. 🙂 But I do encourage you to listen to the questions your students ask and to follow them when possible.

Click here to view the September 2015 issue of the NSD Math TOSA Newsletter. This newsletter is created for secondary math teachers in the Northshore School District. Topics in this issue include:

Columbus, here we come! I’m looking forward to AMLE 2015 in October where a colleague and I will be discussing how we have helped teachers operationalize the new standards using Depth of Knowledge and the process of proficiency scaling. Proficiency scaling has helped our teachers dig deeply into the standards, change instructional practice, and create leveled assessments. This will be my first AMLE experience and I’m looking forward to it!

This past week was our Secondary Summer Institute for Northshore School District, and what a great week! Here’s some of the highlights:

We kicked off our NSD Summer Institute with the Teacher Showcase, a day where teachers shared their classroom practices with each other. I learned some great strategies from our teachers such as:

This was our first year of the Teacher Showcase as part of our Summer Institute, and I hope it becomes an annual tradition!

Secondary Math Teachers came together on Wednesday to explore the math teaching practices presented in NCTM’s Principles to Actions, then focused deeply on Math Teaching Practice #2: Implement Tasks that Promote Reasoning and Problem Solving. Click here to view our training.

Beyond Relevance and Real World with Dan Meyer

On Thursday, we had the privilege of working with Dan Meyer for the entire day! We explored the Volcano task and talked about starting a fight, turning the math dial up slowly, and creating a headache. This was an all-around great day!

The purpose of Math Design Studio was to give teachers the opportunity to connect everything they learned this week and to begin planning how to implement these ideas into their classroom instruction to improve student learning. This was the perfect way to wrap up our week. Teachers walked away with a tangible product to implement in their classroom when the school year begins.

This was a fabulous week to prepare for us all for new school year! We will continue to explore Principles to Actions and Dan Meyer’s strategies through our district Math Fellows program and ongoing PD opportunities. It’s going to be a great year. 🙂

In Fall 2014 I established the Northshore Secondary Math Fellows Program to support development and growth of math teacher leaders in Northshore School District and as a way to share learning from the state Fellows convenings with teachers in my district. During the 2014-2015 school year, participants began their study of NCTM’s Principles to Actions and focused on the math teaching practice, Implementing Tasks that Support Reasoning and Problem Solving. As we near the end of the school year and I reflect, I am happy with the program’s initial success but definitely see ways to make this a richer experience for teachers.

The 2015-2016 NSD Math Fellows program will continue this work and will focus on classroom implementation of the math teaching practices. We will do this through a combination of face-to-face meetings, participation in our online course, Principles to Actions, and instructional coaching support. In designing next year’s program, I researched best practices for teacher professional development and have taken suggestions from current Math Fellows into consideration to create a professional learning model that:

I’m excited to work with our teacher leaders and support their work with students!

If you would like more information about the NSD Math Fellows Program, check out the following resources:

Secondary math teachers in the Northshore School District have several professional development opportunities during this year’s NSD Summer Institute, including:

Click here to view the flyer for details and registration information.

The one who does the work, does the learning!

EDpuzzle is an app can be used to add questions to any video. With EDpuzzle you can crop a video, add your voice, and embed questions along the video to give your students immediate feedback and track their understanding.

Check out this short video quiz I created for Dan Meyer’s Magic Octagon.

EDpuzzle allows you to check student answers to your quiz questions so you can check their understanding or see where the students are struggling.

Are you using EDpuzzle in your classroom? Share your experience!

It’s a song by C+C Music Factory and a great classroom strategy to foster question asking in the classroom. Present students with a situation that creates that “Whaaaat?” feeling and makes them want to figure out what happened. Here are a couple of my favs:

Many math classes could use a little more “Hmmmm…” for students, experiences that naturally make students WANT to ask questions and investigate. Dan Meyer refers to problems like this as WTF problems; read his post to learn more about WTF problems and the idea of disequilibrium. Then try it in your own classroom!

I’m excited that Dan Meyer will be speaking at Northshore School District on 8/20/15 for our 2015 NSD Summer Institute! If you aren’t familiar with Dan’s work, watch his TED talk, Math Class Needs a Makeover or the talk that he gave at the NCTM Annual Meeting in New Orleans, Video Games & Making Math More Like Things Students Like, and read his blog, dy/dan.